Since all good things come to an end, this year’s carnival is also slowly coming to its end. On this occasion, people organize various parties, one of such carnival celebrations is Babski Comber. What are the origins of this gathering? How does it look like? In the following account, I’m going to present a short historical outline of this annual event, I’m also going to share my own experiences related to the party in which I had a chance to participate this year. 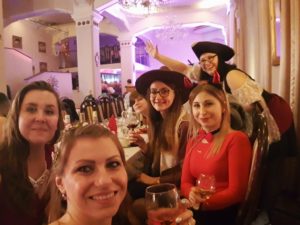 According to some historical data, Comber was a medieval Shrovetide folk celebration, organized in various regions of Poland, most often on Fat Thursday. Most possibly this custom had its origins in Germany, and was brought to Poland for the first time in the Middle Ages by some German settlers. A number of historians mention similar customs preserved by peasant women in the regions of Poznań and Łużyce. The most accurate accounts of Babski Comber are related to celebrations organized by fishwives at the main square of Kraków. In the Silesia region, Babski Comber was also popular in the Middle Ages. Primarily, it used to be a party intended only for married women, who gathered together in a certain place and at a certain time. They were dressed up in fancy costumes, they also had bright and colourful make-ups. They created processions under the guidance of Marshal or Chairwoman, who carried an effigy which symbolized a man. While going through the city loud and singing women tried to hunt for men, especially for bachelors. Single men were tied to logs and humiliated until they bought themselves up with vodka, coins or kisses. Singing and dancing weren’t the highlights of this celebration. The most important moment of this women’s gathering was tearing the effigy of Comber. They took out pieces of straw out of a destroyed effigy, since they believed that they guaranteed them success in love in the current year. 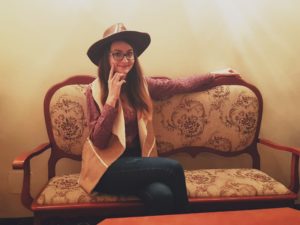 This custom has survived until this day, however it has been slightly modified. Women still gather in their own circles in restaurants, cafes or their own houses. They still wear fancy costumes, masks, as well as bright and colourful make-ups. They have fun to the rhythm of the music, dance, sing and take part in various contests. However, the man stopped being a visible object of fun. The most important is simply having a good time and getting all together.

This year, I have had a chance to participate in Babski Comber for the first time in my life. The event was organized in Centralna Restaurant in Mysłowice. The ball room was divided into two parts. In the first one there 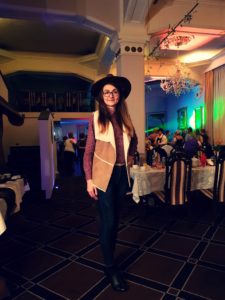 were elegant tables at which we could eat delicious meals and have small talks with friends. I must say that the food was truly awesome and should really be recommended to everyone. In the second part of the ball room, there was a dance floor on which women of all ages had lots of fun. We were all dressed up in fancy costumes which added some relaxed and humorous atmosphere to this event. I’m definitely not a party animal and I’d treat the dance floor with garlic and holy water if only I could … however, it was really nice to look at my friends moving cheerfully to the rhythm of the music. Dances were interrupted from time to time by contests and a short recital given by DJ, who specially for us played a few songs using his electric violin. Another interesting entertainment was a photo booth, which enjoyed lots of popularity and was eagerly besieged by all the women. It was certainly a good idea for this kind of event, because it was not only a source of great amusement, but also a source of wonderful memories, which are worth being kept in photo albums. The party lasted until early morning hours, the participants weren’t very eager to leave the dance floor and insisted on encore to prolong thier fun for a little while.

Taking part in Babski Comber was certainly an interesting experience, even for a person like me, who is totally not a type of a party animal. I’d truly recommend this kind of events to all the ladies who want to have a nice time in a circle of wonderful women, and who want to dance to the rhythm of the greatest hits. And you? Which carnival party are you going to attend?

Podoba Ci się? Udostępnij!
Previous StoryWhy do we not follow our dreams?
Next StoryFat Thursday – to eat a donut, or not to eat? That is a question!