Everyone, who follows my blog regularly, knows that I love reading books, which invariably allow me to detach myself from reality and relax a little bit. Unfortunately, this school year my autumn evenings are very short and I can’t always let myself find time even for these short moments of pleasure. I’ve been recently fond of reading books, which make me think … it doesn’t mean that I turn myself out at work … it’s a totally different kind of thinking and analyzing facts. A few years ago I discovered a sort of passion in myself, a like for crime and detective stories, I love searching for information related to the topics of my interest … however, while taking part in the escape room games my gray matter didn’t do that well.

I fell in love with detective stories of such authors as Harlan Coben, Tess Gerritsen or Jo Nesbo. Thanks to this new budding love, which started from getting to know the earlier mentioned writers, I also got to know some other interesting authors of this particular genre. Today, I’d like to present you some books, which I had a chance to read during my summer holidays and which will definitely make your long autumn evenings more pleasant.

1.Kathryn Croft – While you were sleeping 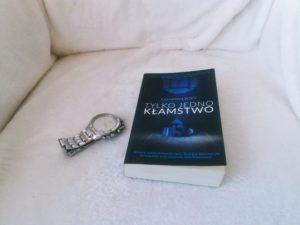 That’s one of those books which will keep you all in suspense until its very end and one of those books whose climax would surprise even the sharpest minds. Kathryn Croft, a British author of bestselling crime stories, this time also doesn’t let her readers down. It’s a psychological thriller, which you must definitely add to your list!

Tara Logan is an average woman struggling with usual everyday problems. She’s got a great family: a husband Noah – who admittedly has got some past, but he tries to rebuild the trust of his wife. She also has got two children: a real troublemaker teenage daughter – Rosie and a very clever, as well as understanding eleven-years-old son – Spencer. However, the peaceful life of this family will soon change forever …

One morning a respectable wife and mother wakes up in the bed of her neighbor, who’s also her close friend’s husband. Surprisingly, she can’t remember much from the other night. The way she found herself in her friend’s bedroom is a real mystery to her. She doesn’t remember at all what has really happened between her and her handsome neighbor Lee. Do you think it’s bad? You couldn’t be more wrong … it can all get even worse. After waking up Tara also realizes that her friend is dead.

Due to huge gaps in her memory she isn’t sure whether she really killed Lee. Not knowing how to behave, Tara decides to leave her neighbor’s home quickly and to forget about what has just happened to her. In this way she doesn’t want to expose her family to such a trauma related to this kind of a grave crime. She doesn’t share her secret with anyone, however she cannot forget about the whole case because of an on-going investigation.

Following the chain of events happening around her – Tara becomes very suspicious. She keeps watching her daughter, who starts acting up even more. She also keeps observing her husband, who is probably trying to hide some dark secrets from his wife. The woman starts wondering whether anyone else also knows her little secret. Soon the police begin to focus on Tara, which forces her to get to know the truth.

Solving this mystery isn’t easy at all and will cost the main character lots of effort. Will she be ready to accept what she discovers? 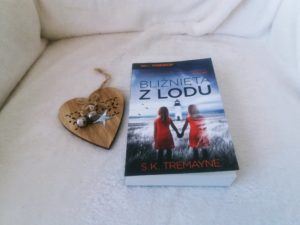 This book is a non-obvious psychological thriller. A family burdened with a tragedy – a death of one of their identical twins – after a year from this traumatic incident decides to turn its members lives upside down. Angus and Sarah Moorcroft together with their only living daughter Kirstie decide to move to a small island, which Angus inherited after the death of his grandmother. The family hopes that this change of the environment will help to forget them about the unpleasant events of the past year, as well as to fix previously happy family.

However, they don’t know that the nightmare will also catch them in such a middle of nowhere. Their living daughter – Kirstie – starts claiming that a year earlier her parents made a mistake and that in fact she is their lost daughter Lydia. Will this confession worsen already strained relations between the spouses?

The upcoming winter season forces Angus – the main family breadwinner – to leave the island in the search of a stable job. Sarah together with her daughter stay on this wild and eerie island on their own. The woman feels a little bit odd far from everything she knows well. That’s why, she grows anxious. The uncertainty related to her living daughter’s identity only makes this feeling stronger.

A huge storm, which ravages the island and seriously damages the old house, forces Sarah and Kirsty to get to the truth. Will the truth set them free? Is Sarah ready to accept what she discovers? How tragic outcomes will this awakening have? What really happened on that fatal day? 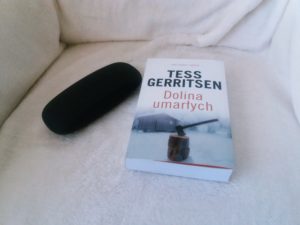 Tess Gerritsen is one of my favorite authors, that’s why when I noticed this book on one of the bookstore shelves I already knew that I had to get it!

I’ve always been fascinated by the mechanism in which the sects operate, this book admittedly doesn’t allow its readers to gain too much insight into this practice, however its somehow related to this intriguing topic.

Kingdom Come is one of those places which welcomes everyone with open arms, especially all desperate and weak people who need an apparent spiritual guidance. However, something really bad has happened in this particular settlement and all the evidence of a crime is covered in a thick layer of snow.

After finishing a medical conference, one of my favorite characters of Tess Gerritsen’s books – Maura Isles – who is an outstanding pathologist with a dark family background, decides to go on a ski trip together with a group of friends. By accident they reach an eerie place. They find twelve identical houses in a seemingly hospitable valley. Their owners left their meals in a hurry. All the food occurred to be frozen to a bone … and what’s even scarier there’s not one single person in sight.

After a few days and a few traumatic attempts to leave this deserted place by a group of lost friends … the police find a car wreck with burnt bodies inside, everyone assumes that one of the victims is missing Maura Isles.

However, a close friend of the worldwide known pathologist – detective Jane Rizzoli – cannot come to terms with the death of her friend and she starts an investigation of her own.

What will an insightful eye of detective Rizzoli discover? What terrible secrets does the valley of Kingdom Come hide? Will justice be done?

I hope that these books will successfully fill your time during long autumn evenings! I’m sure that all fans of detective stories will find here something for themselves! What books do you recommend?