As I’ve already mentioned in one of my previous posts, 2018 will be very intense for me, because of many reasons. Last Friday, I had a chance to take part in the first meeting organized by High School No. 3 in Jaworzno for its graduates. I graduated from this high school over a decade ago. This school is much more important for me than that. I spent there 12 years of my life while obtaining an education at different levels. I experienced there different kinds of ups and downs, days changed into months, and months into years. From a child I transformed into a young woman, who was well prepared to enter her adulthood. Since this year is a time of certain assessments and creating plans for the upcoming future … I was very pleasantly surprised by High School No. 3, which announced its first reunion on facebook. You need to know that his particular school has a very rich and long-lasting tradition, and its walls were left by thousands of students during the past 20 years. That’s why, without much thinking, I decided to participate in this truly unique event. 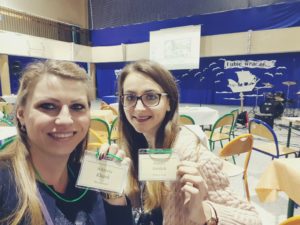 Before entering a beautifully decorated gym, each participant was given a special ID badge together with a notepad and a magnet presenting current students of this school. While putting on my ID badge, I felt as if I had travelled in time, and I could almost see myself walking with some of my friends through the corridors of my old high school. After entering the gym, we were offered seats at the tables, which were decorated with candles and lanterns, introducing us into a pleasantly nostalgic mood. The reunion began with special greetings and a short speech given by the current principal Ms Marta Figura. The event was organized due to a significant anniversary, as in 1998 the first graduates had left the walls of this high school. Aneta Gulik, 2001 graduate, introduced us into a cheerful and full of memories mood. After her vocal performance, the stage was taken over by Ms Janina Plewa, who presented in short the history and the most important facts from the school life . Not without mentioning the most talented graduates, who gained the foundation of their future professional career in our High School No. 3. To these personalities belong the representatives of the following professions scientists, doctors, politicians, actors, writers, singers and many others. After this interesting and full of memories introduction, the next graduate Martyna Pluta enhanced the evening with her amazing vocal performance. Immediately afterwards, the previous headmasters Ms Zofia Guja and Ms Elwira Woźniak – Lehnort were invited to take over the stage. They shared warm words with the guests, that initiated the next wave of pleasant emotions and loud cheering. Later on, there were more musical performances prepared by the current students of High School No. 3. They were interspersed with more memories and presentations given by teachers, who presented events from the school life from their own perspective. These teachers included Ms Renata Szczepanik, Małgorzata Żmuda and Katarzyna Ćwiertnia. The official part was ended with the next moving vocal performance given by Marta Knot, another school graduate. 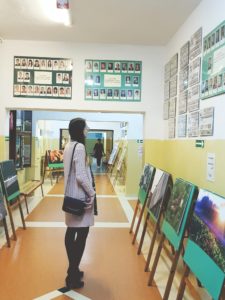 After the official introduction, the graduates were toured through the corridors and classrooms. I must admit that I was really impressed by the changes which were introduced in the building. The classrooms prepared for the youngest students of primary school looked just as if they had been taken from fairytales. The other classrooms were the source of some more memories and made us talk about the past years. The corridors caught the visitors’ eyes, and the boards presenting the graduates of the school were one of the highlights of that evening. After this short excursion we were invited to have a cup of coffee and some sweet treats. It was a good occasion to talk with our form masters, other teachers and schoolmates. The event was participated by around 150 students, which constituted only a small percentage of the actual number of graduates. However, we must remember that lots of them live in different parts of Poland and in different corners of the world. During the coffee time we could also look at the chronicles of our school. We could also wander around the school without being stopped by anyone. I visited every nook and cranny I could, including the radio and the relaxation zone together with its comfy red beanbag chairs. 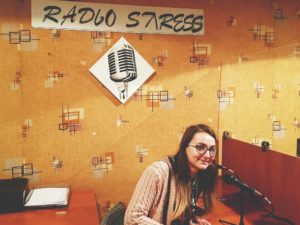 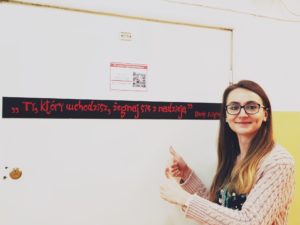 The reunion was a nice touch and lots of us are already looking forward to similar events, which will allow us to reminisce and meet in a nice circle after so many years.

Podoba Ci się? Udostępnij!
Previous StorySwitching places … is it worth becoming a celebrity for one day?
Next StoryA book the key to happiness?